This is a film about Mama Irene, a remarkable 84-year-old woman Shaman (healer) from Peru, drawing upon indigenous knowledge and traditions in danger of being lost forever. Yet her craft is based primarily on her own intuition:

“Spirits have told me in my dreams how to proceed.”

The documentary follows Mama Irene in her everyday life, highlighting her healing methods and passion to serve each patient who knocks on her door: from local women who travel hours or days by foot through the Andes to a medical doctor from India seeking a cure for the illness that Western Medicine had failed to help.

We accompany Mama Irene on ancient spiritual ceremonies such as the Snow Star Festival, where thousands of pilgrims gather in Sinakara Valley high in the Peruvian Andes to honor the local glacier.

Yet this film is not only a vital document of endangered wisdom; it is also a story about Woman empowerment. 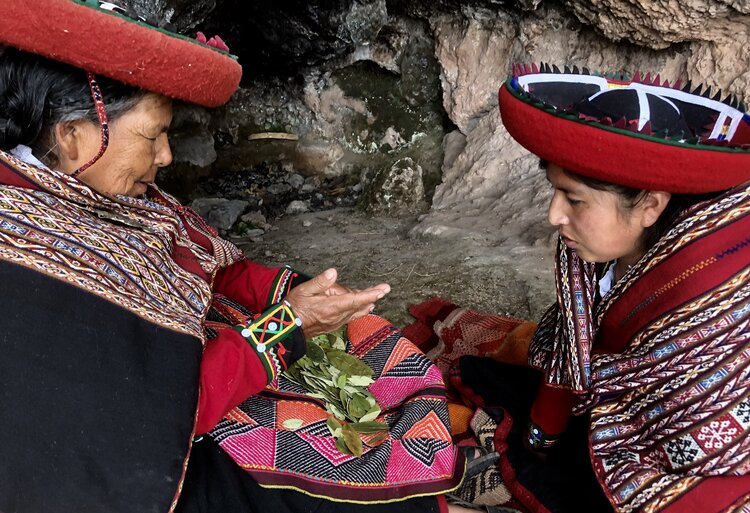 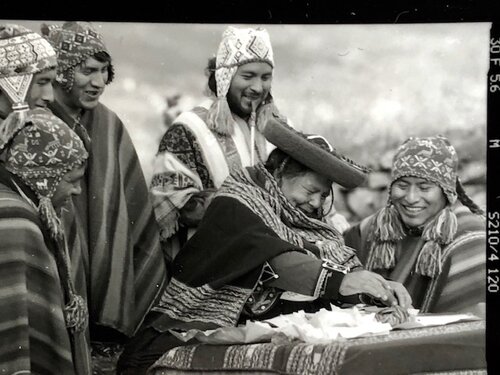 AS THE FILM UNFOLDS, WE LEARN ABOUT MAMA IRENE’S PERSONAL JOURNEY.

She discovered her healing gift by chance at three years old, when she intuitively healed a neighbor’s migraines by rubbing her own salvia on his forehead. She became known in the village as El doctor pequeño — the little doctor.

She was sold by her father into slavery; beaten by her husband, who was determined to keep her in the role of servile female; gave birth to 15 children, eight of whom died; endured misogyny and rivalry from male shamans.

Yet Mama Irene never wavered in pursuing her craft. She believed in herself and in the gifts she was born with. This is a story about a woman who overcomes tremendous trauma and obstacles and continues to grow and inspire at age 84.

In 2014 I was living in New York City, suffering from debilitating exhaustion. None of the medical specialists I had consulted were able to help. My friend Carl Hyatt, a photographer who has been traveling to Peru for decades, had an idea. He consulted a healer he knew in Cusco, Puma Singona Quispe. Puma in turn consulted his coca leaves:

“Elisabeth has to visit Cusco immediately and work with Mama Irene in ceremony. Otherwise, she will end up in a bad way. "

And so I traveled to Peru. The experience was transformative. I returned to New York City energized and strong. Thus began my journey with Mama Irene.

In 2016, Mama Irene invited me to be her first "Western student." I had the privilege of witnessing her selflessly healing patients with extraordinary wisdom, love and compassion. And although I have been deeply connected with nature all my life, I learned from Mama Irene an entire new dimension on how to live in harmony with Mother Earth and the mountain spirits.

I began to realize that Mama Irene was teaching me secrets she had never shared with anyone, let alone a Westerner. With her blessing, I decided to make this documentary, to share the story of this remarkable woman and her knowledge and wisdom.

It was Elisabeth who did all the shooting in Peru. A last shoot was planned for March 2020: all of us together, in and around Cusco. Covid cancelled this. Thus I began, with my wonderful editor Monika, to edit what we had, Elisabeth assisting. Mama Irene's presence captured us absolutely.

In the end Torsten Bönnhoff, whom I had approached, joined in and became Elisabeth’s partner in this venture – it seems like Mama Irene’s spirit brought us all together to realize this movie. My biggest wish now is to meet her in person. I wish the film an audience interested in the art of healing and in a woman’s passionate approach to life. And I wish Elisabeth much luck in her new career as a filmmaker.

When Elisabeth approached me and asked if I might want to realize a film about Mama Irene together with her, showing me the first material she had already shot, I was immediately taken in by Mama Irene’s youthful charm, her smile forming dimples in her cheeks. And by her strength: She overcame many hardships in a world dominated mostly by men, nevertheless built on feminine wisdom.

Mama Irene, Healer of the Andes, is a true mystic – she turns to Pachamama and to the mountain spirits in her prayers, in her pilgrimages. And the Mountain Gods appear in her dreams and talk back to her, she says, “like normal people”. So I happily participated from afar in Elisabeth’s film project through my eye and ear as a filmmaker and story teller, listening and watching, combining themes and imagining a possible dramaturgy for the film. Our goal was to present Mama Irene’s story to a wider audience, thus paying homage to the thousands of years old Incan healing traditions. Worshipping Pachamama, Mother Earth as the feminine figure of abundance is ever more important in our nowadays world.